Will Smith – The Academy ‘Condemns’ His Actions At Oscars, Launches ‘Formal Review Around Incident’

Will Smith – The Academy ‘Condemns’ His Actions At Oscars, Launches ‘Formal Review Around the Incident’

It looks like Will Smith may be facing some consequences after all!

While Chris Rock, 57, declined to file a police report Sunday (Mar.27) after Will Smith, 53, slapped him onstage at the Oscars, it looks like the Academy will be launching an investigation of its own. On Monday (Mar.28) afternoon, the Academy addressed the altercation in a statement:

“The Academy condemns the actions of Mr. Smith at last night’s show. We have officially started a formal review around the incident and will explore further action and consequences in accordance with our Bylaws, Standards of Conduct and California law.”

In addition, the Academy shared the organization’s Standards of Conduct that “provide an ethical framework for Academy members.” The Academy stated,

“Members should act in a manner consistent with the good reputation of the Academy.”

As listed in the document, unacceptable conduct includes

“physical contact that is uninvited and, in the situation, inappropriate and unwelcome.”

The Standards of Conduct also say that if a member is found to have violated the standards,

“the Academy may take any disciplinary action permitted by the Academy’s Bylaws, up to and including suspension of membership or expulsion from membership.” 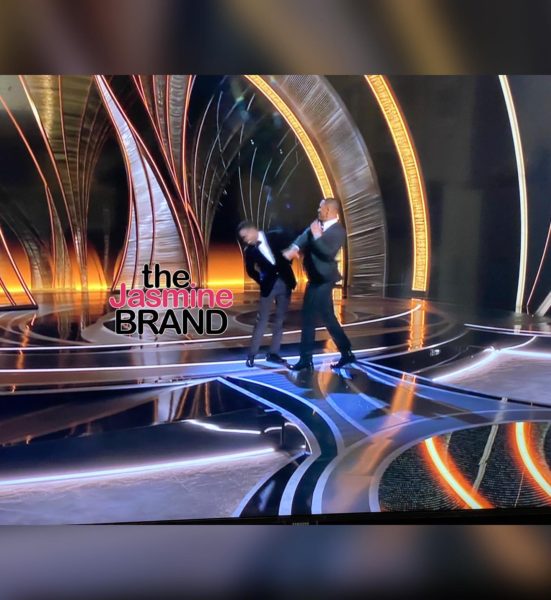 As previously reported, legendary actor Will Smith stunned the world last night (Mar. 27) when he charged onto the Oscars stage and slapped comedian Chris Rock across the face. After Rock joked to Smith that he was looking forward to a sequel to “G.I. Jane,” Smith walked up to the stage and slapped him. After sitting back down, Smith shouted at Rock to “keep my wife’s name out of your f*** mouth.”

Chris Rock compared Jada Pinkett-Smith, 50–who’s been vocal about her battle with alopecia–to G.I. Jane. The 1997 character, played by Demi Moore, became well-known for her bald head. Jada was visibly upset about the joke, which prompted her husband, Will Smith, to get physical with Rock.

What are your thoughts on The Academy doing an investigation on the altercation between Will Smith and Chris Rock? let us know in the comments below!