Toni Braxton Opens Up About Sister Traci Braxton’s Passing: We Got To See Her Take Her Last Breath [VIDEO]

Toni Braxton Opens Up About Sister Traci Braxton’s Passing: We Got To See Her Take Her Last Breath [VIDEO]

Legendary songstress Toni Braxton opened up about the recent passing of her younger sister, Traci Braxton.

Toni sat down with The Tamron Hall Show to discuss Traci’s death for the first time. Traci–who appeared alongside her sisters on their reality show Braxton Family Values—succumbed to esophageal cancer on Mar. 22. She was 50-years-old.

The “Breathe Again” artist detailed her sister’s private cancer battle, which lasted for a year. According to Toni, Traci was initially given six months to live. Throughout that time, the family spent every moment they could with her and witnessed her final breath.

“It was a tough year. She was optimistic, she was hopeful that she was going to get better. Actually, she had a lot more time than they initially said. She had another six months that she was with us. So, we got to savor that moment with her and talk and laugh and giggle, and all my sisters and I, my parents, we all rallied together, [and] my brother. We were in the DC area and we were just there all the time with her. So, we got to see her take her last breath. Yeah, and that part was kind of hard.”

She dedicated her new Lifetime movie, Fallen Angels Murder Club: Friends to Die For, to Traci’s memory. Toni filmed the project during Traci’s last days and even helped the songbird prepare for the role of Hollis Morgan.

“I would talk to [Traci] every day a couple times a day. I was filming in Canada and I would ask her about my character and talk to her about Hollis and read my lines with her and said, ‘what do you think Hollis should be, you know I think she should be less sexy.’ She’s like, ‘no, be sexy. Why not make her sexy?’ So, it’s a lot of fun when I look at this project I think of her with a smile on my face. We’re going to dedicate this film–lifetime and I–to my sister Traci.”

Fans of the Braxtons’ reality show are familiar with their tight bond. Toni tearfully described the impact Traci’s death has had on their close-knit family

“My parents did such a fantastic job with raising all of us together making us so close. And so, to lose one makes it a little more difficult. Sometimes I wake up every morning and I go, ‘oh, did I dream it? Did I dream it?’ And I had to remind myself, no she’s gone, but she’s been here with us for 50 years. So, I try to relish in that moment, and I try to smile about it and just be grateful for the time you have.”

“We were always together, we always loved each other and we’re just very fortunate to have had my sister with us for as long as we had.

Traci left behind her husband, son, and grandson. But Toni said that the singer and reality star had so much more.

“Her son, they were so close. Her and her grandson, and her son’s wife, we were just a big family. We were all there her son was there, her husband was there, everyone was there. Her best friends were there, Towanda, Denise, everyone was there with her. She had so much love the hospice nurses were incredible.” 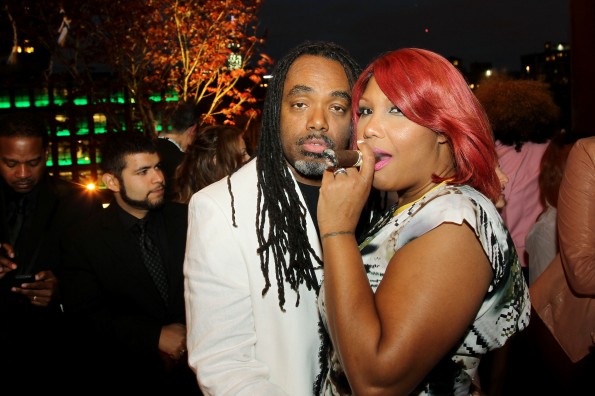 Reflecting on those precious moments, Toni shared an insightful message about life and death with her fans:

“You never think that it’s gonna happen to you and your family, so you have to remind yourself to enjoy the moments. Be happy, and it’s okay if you fuss and fight, but just enjoy the moments and try to just smile and be happy be kind to one another.”

Toni said that, while it wasn’t her “best day,” she was doing okay. She mentioned that the Braxton sisters will celebrate Traci’s birthday, which is Apr. 2.

What did you think of Toni’s interview? Leave us a comment and let us know.