The homeowners of a contemporary mansion in Sherman Oaks, California are suing Todrick Hall for $60,000 in back rent.

According to the lawsuit filed by Avi and Orna Lavian, Hall missed payments for February and March and was served with a pay up or get out notice on March 3. The lawsuit was filed on March 29.

The 36-year-old YouTube and Broadway star previously showed off his dream home in a YouTube video last year.

“I have been wanting to buy a home for a very long time and this is a dream come true,” he said in the video. “I saw over 50 homes and decided to get this one. When I saw this one, I fell in love.” 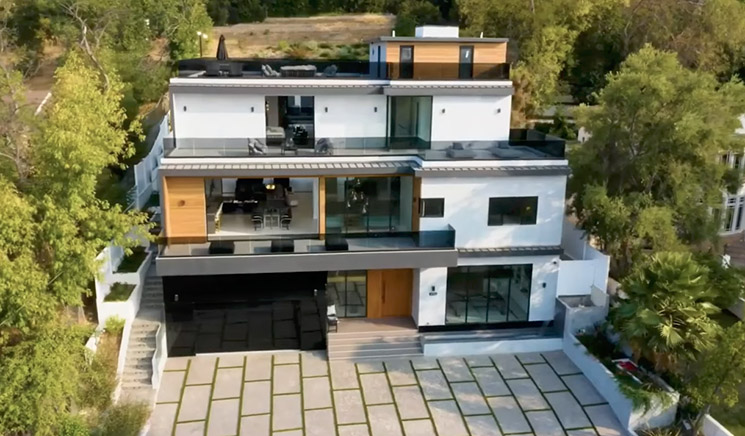 He then took fans on a tour of the mansion, including his master bedroom with a custom built Louis Vuitton bed.

Oddly, he posted a link to his registry and asked his fans to buy him housewarming gifts.

The home was the site of numerous TikTok videos and music videos.

Hall often raved about the house during his time on Celebrity Big Brother season 3, which aired in February.

He canceled his exit press interviews after he came in second place and received backlash from his fellow castmates.

“I haven’t avoided press because I’m afraid to comment on my experience on Big Brother, but more to protect myself and my mental health to make sure I could actually get my show on stage and fulfill my obligations to my fans and my PAID employees,” he wrote on Instagram.

“I have no desire to prove myself to people who were never rooting for me to begin with, but I do want to say to my fans that I will be commenting on my experience once the show is open, because I feel you deserve it. Thanks to everyone who watched and supported me in the bb house. It was the most difficult thing I’ve ever done, but I’m glad I did it.”