It’ll take a lot more than some negative reactions to keep T.I. off the stage.

As previously reported, the “Motivation” rapper was booed and heckled on stage during the April Fools Comedy Jam at the Barclays Center in Brooklyn on Saturday, April 9. The show featured many popular comedians, including Eddie Griffin, Nick Cannon, B. Simone, and Michael Blackson.

Despite recently experiencing his first comedy bombing, T.I. took to Instagram on Monday, April 11, to let his 14.2 million followers and fans know that it “ain’t no stopping dis sh*t.” In his caption, he said,

“Less than 24 hours later. Back on stage. Back in arenas. Back receiving laughs,doing what I Love.
Ain’t NO STOPPING dis sh*t. It’s GODS WILL… therefore it SHALL be DONE – i know this ain’t worth reposting cause the world we live in rather see a star fall than seeing one continuing to shine. HaHa[M]afia Life” 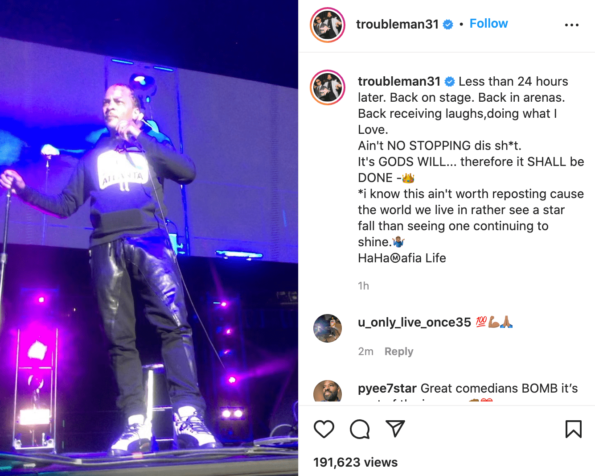 The clip he shared came from a show he performed the very next day (Sunday, April 10).

T.I. was in good spirits and received well by last nights crowd, after previously being booed over the weekend. **have you seen any of his sets in person yet?** pic.twitter.com/OrAVEBxyjW

Following the booing incident, T.I. revealed that he “loved” being booed while chatting with Michael Blackson during an IG live session. He also explained what joke made the audience unhappy. He said,

“Usually when the hand raises and I offer them the definition, there’s a laugh and a cheer. This particular time, in the Barclary’s, the word was anonymity….The conversation was, fame sucks, enjoy your anonymity while you can. Someone raised their hand and I said thank you….cause everyone else wanted to know the definition but didn’t want to raise their hand. Anonymity is the act of remaining anonymous. As soon as I [gave] the definition, booed.” 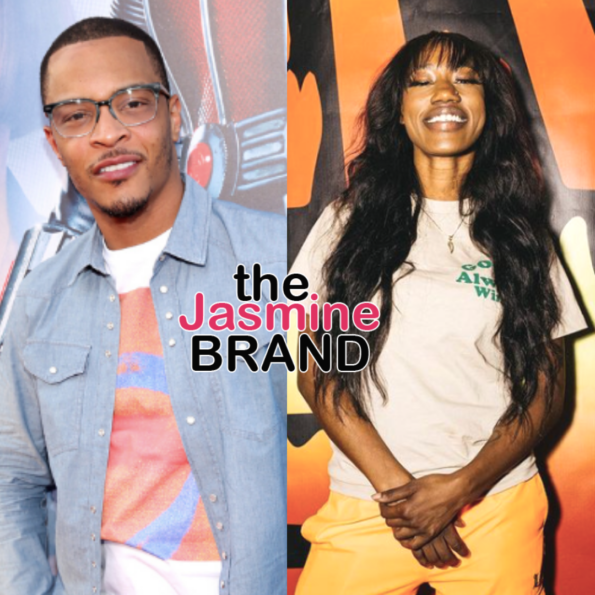 Do you think T.I. has what it takes to be a successful comedian? Let us know in the comments!