Scheana Shay and Robert Parks-Valletta engaged in a friendly exchange on Instagram on Thursday night. But after fans took notice of the exes’ encounter, the Vanderpump Rules cast member, who is currently engaged to Brock Davies, the father of her nearly-one-year-old daughter, Summer Moon Honey Davies, deleted her message.

After Rob, who was featured on the sixth season of the Bravo reality series amid his brief (and sometimes awkward) romance with Scheana, left a comment on a photo Scheana shared of herself in a swimsuit, both Scheana and Raquel Leviss reacted.

“Cenote anyone?” Scheana asked in the caption of her March 31 post. 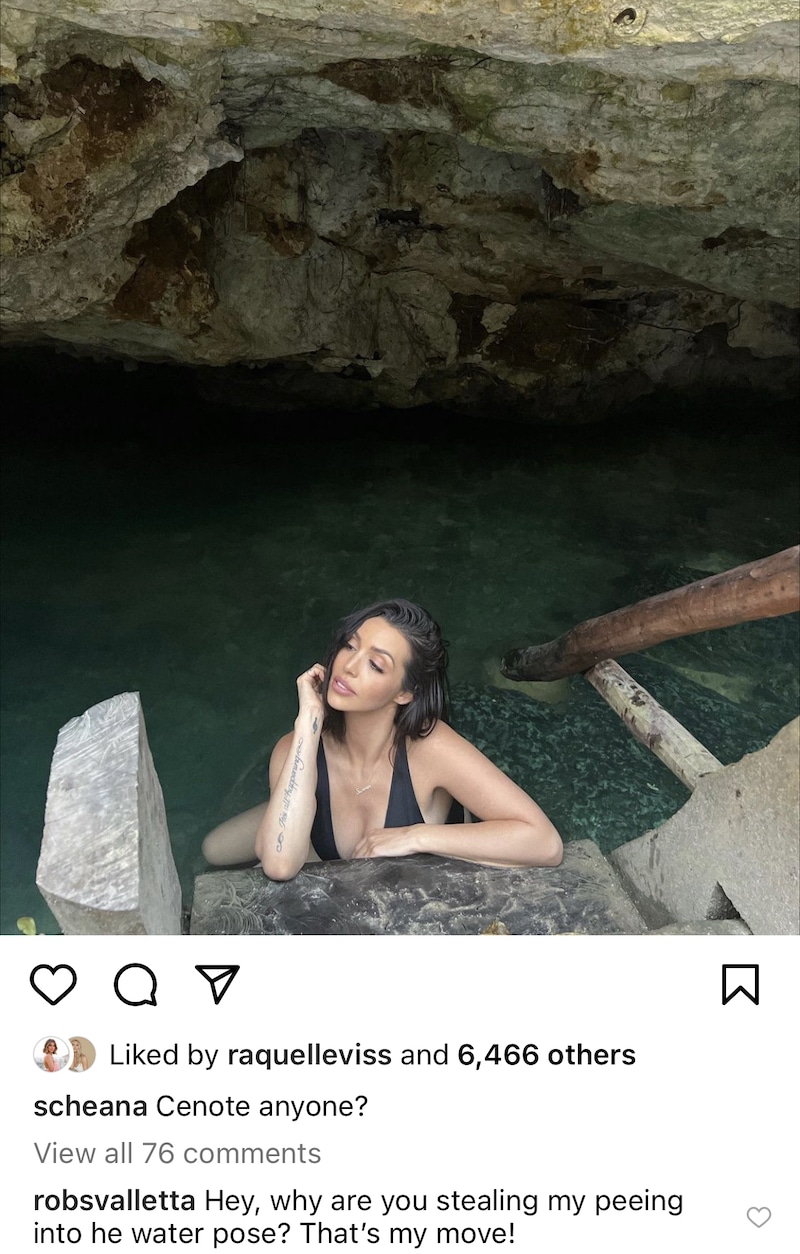 And after Rob saw the post, he asked, “Hey, why are you stealing my peeing into [the] water pose? That’s my move!”

Right away, both Scheana and Raquel reacted with emojis, with Scheana sharing a face-palm emoji and Raquel posting the hear no evil emoji. 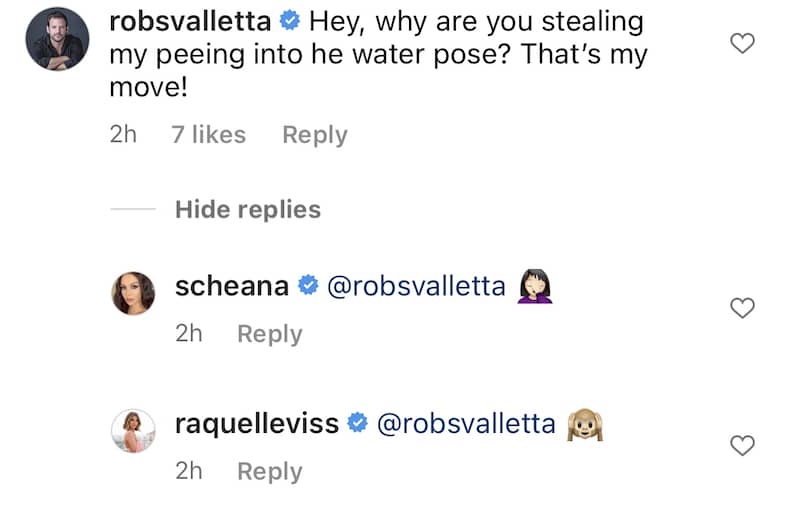 Although the interaction seemed harmless, Scheana ultimately chose to erase her message as a couple of fans weighed in.

“Did [you] get a new high score for [your] TV challenge?” they asked.

And another wrote, “What in the hell? Lol are y’all good? Fill us in [please] lol.” 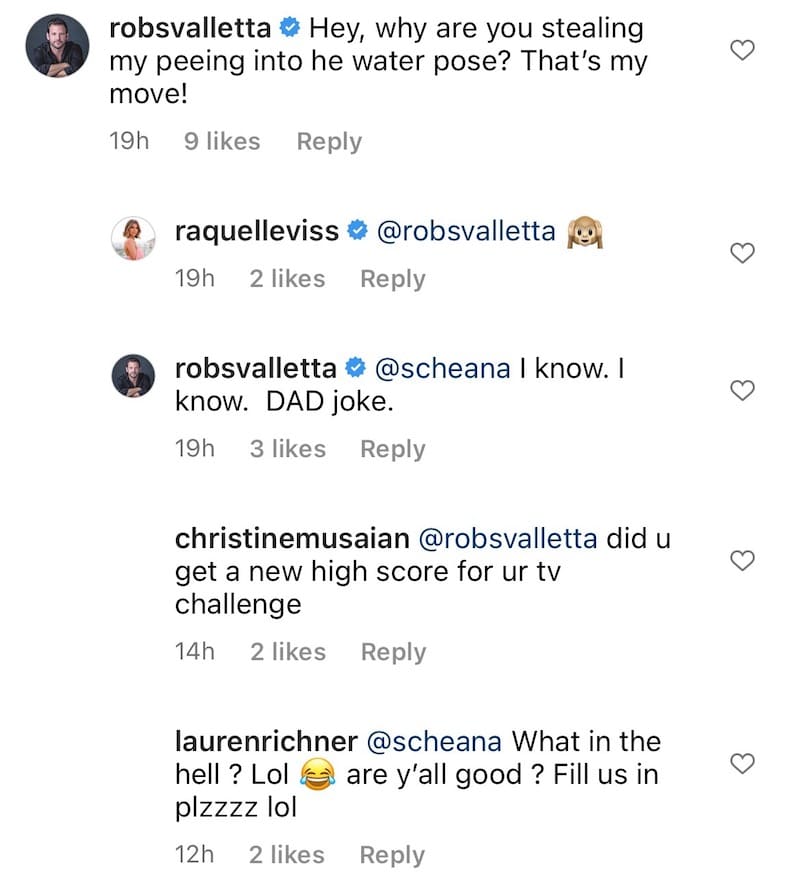 While appearing on an episode of Watch What Happens Live earlier this month, Scheana shaded Rob as the “worst kisser” of all of her exes, but she noted that her mother “had a real liking for Rob.”

Around the same time, during an appearance on Dear Media’s Not Skinny, But Not Fat podcast, Scheana confirmed she and Rob were friendly and noted that she and Brock had recently hung out with her ex.

“We just went to a Bryce Vine concert together,” she revealed.

Brock has also said kind things about Rob, describing him as a “good guy” on Scheana’s podcast in late 2019.

A 10th season of Vanderpump Rules has yet to be confirmed by Bravo.