Ciara, 36, dressed modestly in a stylish black jumpsuit which she accessorized with ankle boots and a lacefront wig styled in a short bob. 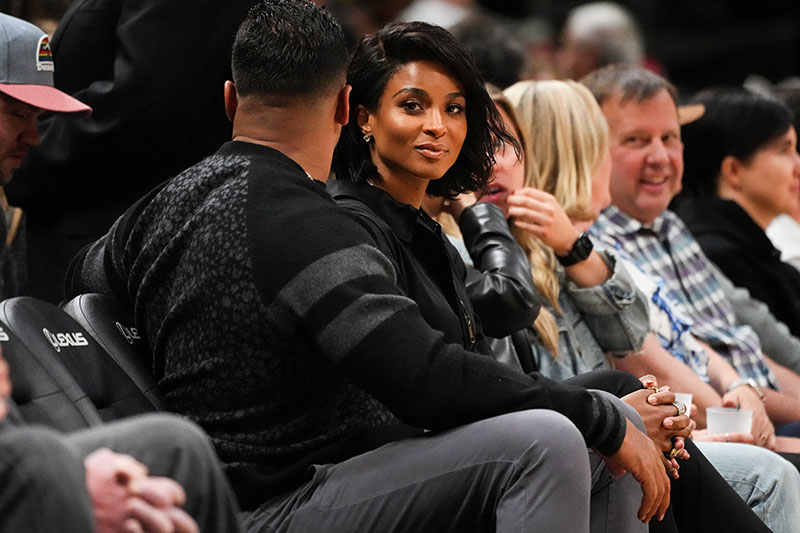 Russell’s head was on swivel all evening as fans shouted his name during the game. Fans showed the new Broncos quarterback much love. At one point the 33-year-old threw a football to a Denver Nuggets fan. He also autographed a football for the Nuggets Mascot Rocky the Mountain Lion.

Crowder, is among the observers who don’t believe Ciara and Russell’s marriage is as picture perfect as they portray it to be. 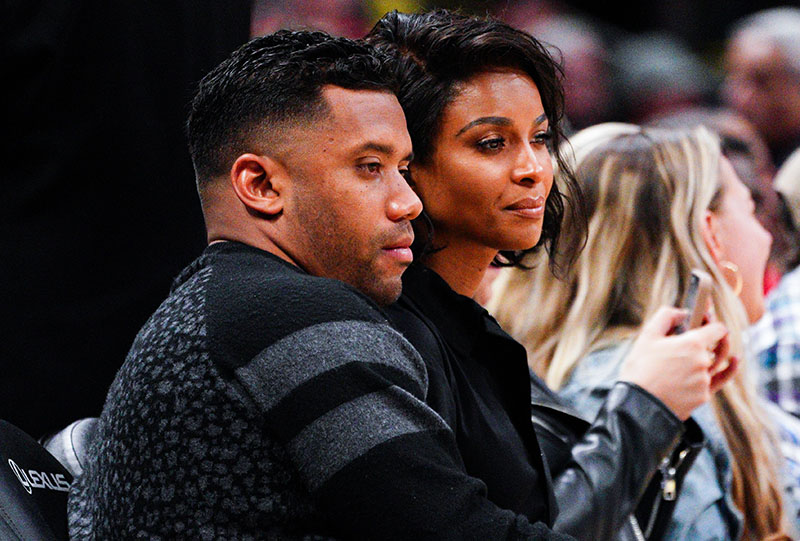 During an episode of his online series, The Pivot Podcast, Crowder said women like Ciara – who are into bad boys – don’t usually switch up.

“Most men who have wealth don’t openly choose single mothers to wife. Men with no kids should choose women with no kids to start their own family and legacy, not piggy back off the nut of another man.” 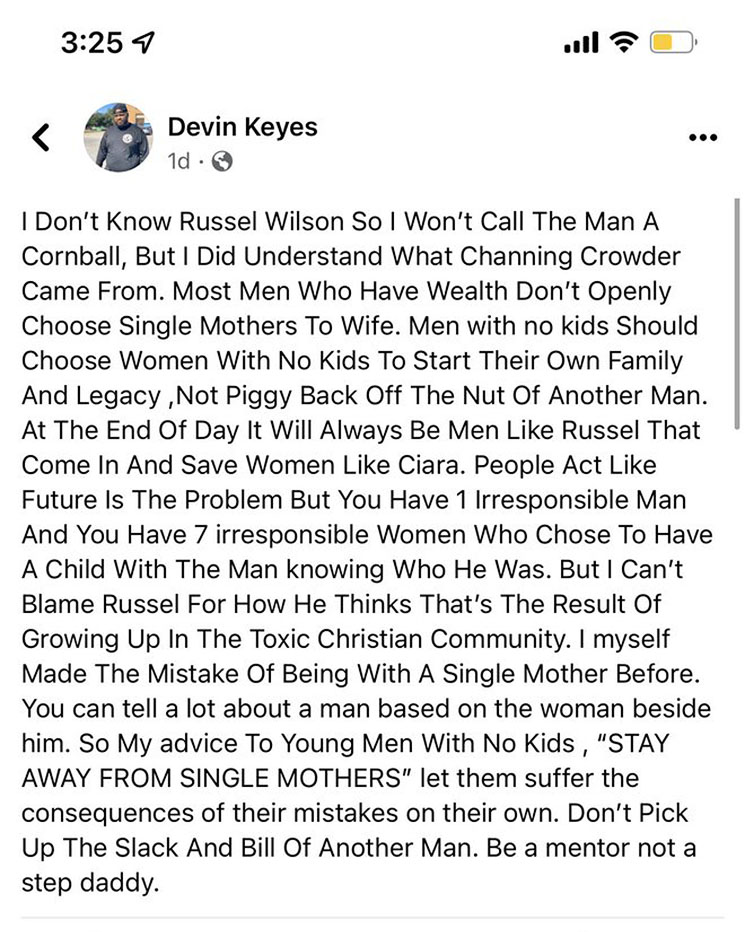