Kelly Dodd has been live-tweeting amid new episodes of The Real Housewives of Orange County for weeks. And last night, as the latest episode of the series aired, she took aim at Emily Simpson.

After Noella Bergener attempted to convince Emily to have her back as she suggested Heather Dubrow had slammed someone into a wall amid filming on the premiere episode of season 16 but Emily refused, Kelly shaded her as a “liar,” claiming she has text messages that prove Emily heard what allegedly happened during production.

“Emily heard it she’s a liar!! I have the text messages to prove it!!” Kelly tweeted on March 30.

Kelly then shared another tweet in which she suggested she would have gotten physical with Heather if she had been around for the supposed incident.

“I would’ve done a Will Smith on that Heather!” she wrote, along with a GIF of Will Smith at the Oscars, where he infamously slapped Chris Rock for making a joke about his wife Jada Pinkett Smith‘s hair loss. 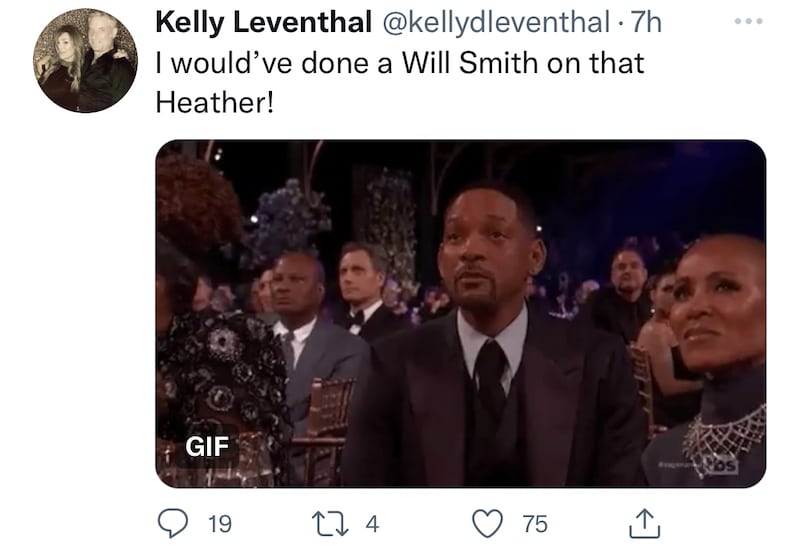 As RHOC fans may have seen, Noella accused Heather of shaming Will for his behavior at the awards show — even though, as Noella claimed, she had done exactly the same thing to someone on the set of their show.

“I have to speak out when hearing a ‘friend’ who did the EXACT same thing is jumping on the bandwagon to cancel this genuinely good person who has shown more depth in 48 [hours] than her shallow soul,” Noella wrote in a since-deleted Instagram post.

In a third tweet, Kelly responded to someone who shaded Emily and Gina Kirschenheiter‘s looks, labeling Emily as “Bigfoot” and Gina as a “hunchback.”

“Honestly what happened to the original show, a bunch of Barbie’s with braces on their brains living a painless quiet Stepford life behind the gates. There must have been a hole in fence where Gina the hunchback and Emily the Bigfoot crawled through…Yeesh..!!!” a Twitter user had written. 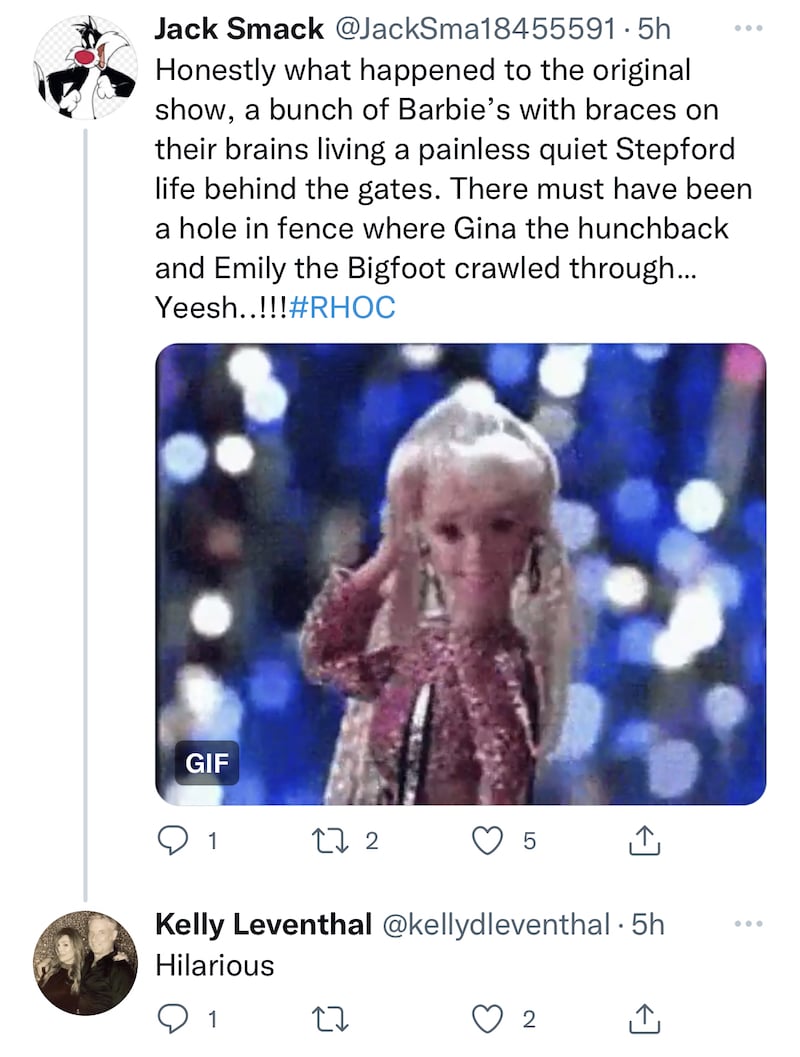 The Real Housewives of Orange County season 16 airs Wednesdays at 9/8c on Bravo.