When you’re an actor, there are plenty of important roles to play—but there’s one that matters most Oscar Isaac’s wife. The Dune actor has been a hubby for several years now, and below, we’re getting to know his wife Elvira Lind.

While it’s no surprise Lind is her husband’s biggest fan, the same can easily be said for Isaac. The Star Wars actor has gushed about his spouse in past, telling GQ during a January 2018 interview that she’s an “incredible” woman. “My wife, God bless her, was with a newborn at home while I’m doing Hamlet, and that was a lot to deal with. She’s an incredible woman,” he told the magazine at the time, referring to a Shakespeare production that he starred in the previous year. When Isaac starred in the Shakespeare play Off-Broadway, he was also faced with the death of his mother and the birth of his first child, all within the same year. For Isaac, his partner was a lifeboat. The experience proved to Isaac just how much he wanted to marry her after five years together.

“She’s Danish — she’s not a citizen, and she was very pregnant, and there was an element of figuring out ‘Well, where are we going to be?’ And us wanting to be a family unit a bit more,” Isaac told GQ. “But, you know, at the time, right before it happened, my mom was ill, and so I saw her carrying my child, bathing my sick mom—seeing her do that, I just thought: I want to be with this person forever and ever. And I just wanted to take that extra step as well.”

Since then, the pair have been each other’s biggest supporters. Keep on reading ahead for everything we know about Oscar Isaac’s wife, Elvira Lind—including the heartwarming story of how they met in the first place.

Who is Oscar Isaac’s wife? 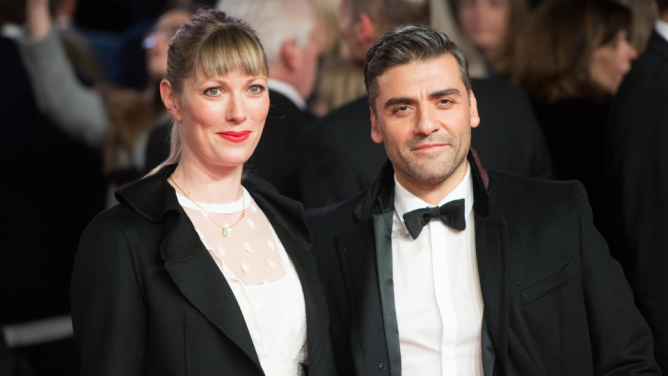 Oscar Isaac’s wife, Elvira Lind, is a Danish screenwriter and documentary filmmaker. She directed Isaac for the first time in 2013 for her Staircase Sessions project, a collection of clips featuring musicians performing a song of their choice in a stairwell. (Isaac, for his part, once led a ska-punk band in Miami, Florida, before pursuing acting full-time.) Seven years later, Lind worked with Isaac on another project titled The Letter Room. The short film, which starred Isaac as a prison guard, premiered at the Telluride Film Festival and went on to be nominated for the Academy Award for Best Live Action Short Film in 2021.

After collaborating on the short film together, the screenwriter gushed about working with her husband on in a June 2020 Instagram post. “To my talented husband. Thank you for letting me put you in a fat suit during a Summer heatwave,” Lind wrote at the time. “Thank you for trusting me to direct you while I was 7 months pregnant. I know that wasn’t always easy. Thank you for encouraging me and showing up and doing absolute magic like you always do. And thank you for growing the most impressive mustache I have ever seen.” She added, “You are the funniest man I know. I love you more than any words can explain on social media. I am very happy we got to make this together – (and stayed married after).”

As of 2020, the pair are also business partners. Lind and Isaac own the production company Mad Gene Media, which offers podcasts, short films, documentary, fiction and graphic novels in the making, according to Lind’s announcement via Instagram when they founded the company.

How did Oscar Isaac and Elvira Lind meet? 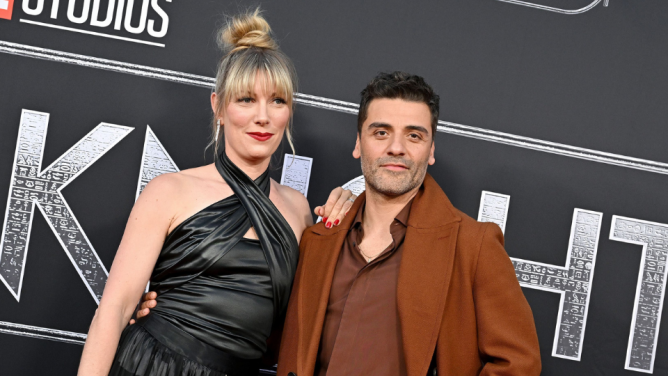 So, how did Oscar Isaac and Elvira Lind meet in the first place? Back in 2012, Isaac was preparing for his role in Inside Llewyn Davis, which was released in 2013. At the time, the Golden Globe winner was attending an event in character when he drew the attention of his future wife. “I went to a party, and I was forced to be at this party, and I went dressed as Llewyn,” he told NPR in 2013. “It was a month before shooting. And then I was sitting in the corner just eating. I was the only person eating at the party. And this girl who ended up, she’s a documentary filmmaker, so obviously she spotted the weirdo and went directly to that one. And [she] sat with me and talked to me for a long time. I guess she liked the whole thing.” Lind, for her part, seemingly confirmed the encounter with the Dune actor when she wrote about how her favorite dress “helped me lure in my now husband eight years ago,” in an Instagram post in 2020.

The private couple made their red carpet debut in 2016 at that year’s Golden Globe awards. At the time, Lind was in the audience to give Isaac a kiss right before he went on stage to accepted the award for Best Performance By An Actor In a Limited Series or Motion Picture Made For Television for the HBO Max series Show Me A Hero. The following year, Lind and Isaac tied the knot in an intimate ceremony. In 2022, the Songs For Alexis director celebrated her five-year anniversary with Isaac on Instagram, writing that they only had five guests in attendance at their nuptials.

Not long after, Lind and Isaac welcomed their first child together. Their firstborn son, Eugene, was born in 2014. He was named in honor of the Moon Knight actor’s late mother, who died just a few months before his birth. The couple welcomed their second son, Mads, in 2019—two and a half years after his big brother was born.

Our mission at STYLECASTER is to bring style to the people, and we only feature products we think you’ll love as much as we do. Please note that if you purchase something by clicking on a link within this story, we may receive a small commission of the sale.