Noella Bergener took to her Instagram page on Tuesday night, where she shared a post that she ultimately deleted.

After responding to a series of recent comments from Heather Dubrow, who said a future friendship between them was “almost not possible” and shaded her for treating people “poorly,” the Real Housewives of Orange County newbie defended the “extraordinary” Will Smith while saying him slapping Chris Rock was just like what Heather did amid season 16.

“I know I am going to get backlash but I need to speak my truth… and point out hypocrisy. The extraordinary man, entertainer, husband that is Will Smith gave me my first break at 15 in his Will 2k music video (yes that’s me on the piano in a blonde wig). I have only known Will to be a gracious and kind soul. I am however a firm believer that violence is never the answer. He’s been accountable [and] apologetic. Greater than forgiveness I understand Will. In his mind he was defending his family,” Noella began.

She then targeted someone she later confirmed to be Heather, saying, “I have to speak out when hearing a ‘friend’ who did the EXACT same thing is jumping on the bandwagon to cancel this genuinely good person who has shown more depth in 48 [hours] than her shallow soul.”

“Just wish more people in my circle were cut from the same cloth as Will Smith,” Noella added. 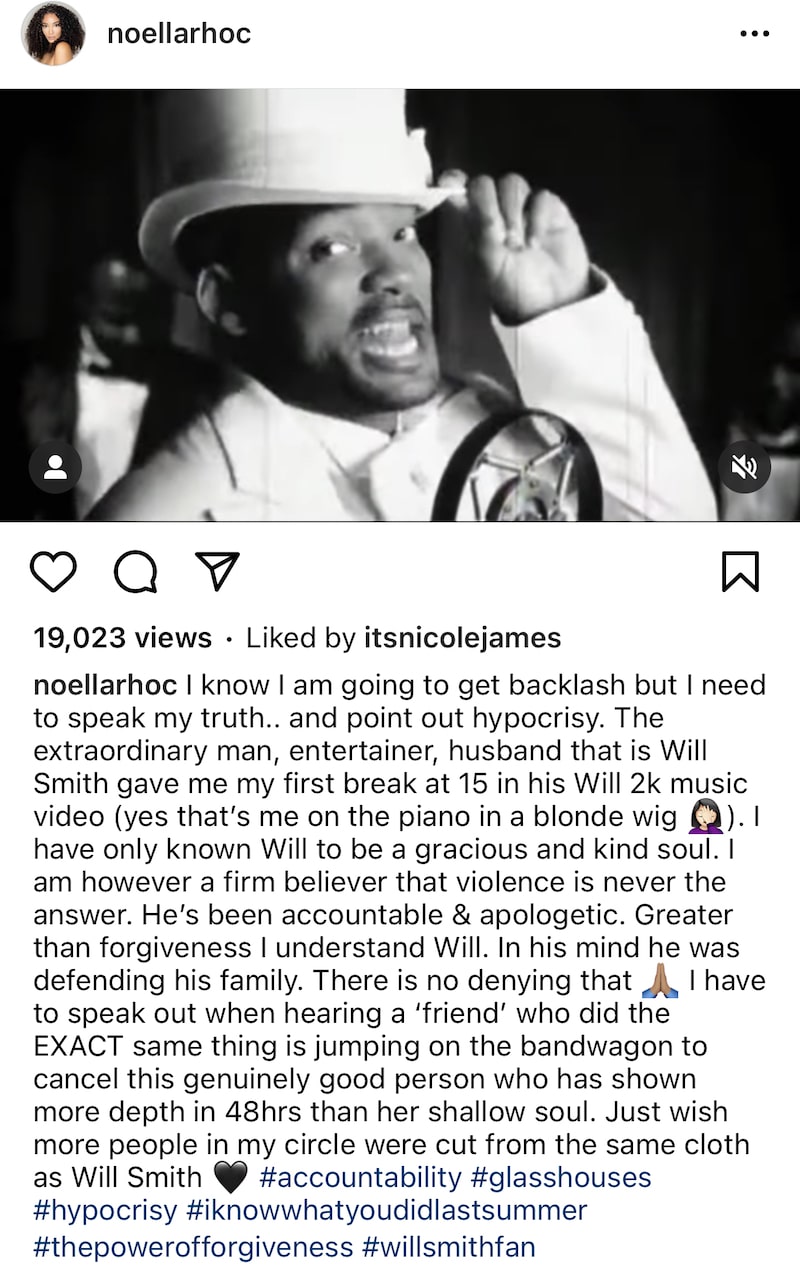 Although Noella didn’t name Heather in her post, which was liked by former cast member Nicole James, she did confirm her RHOC co-star was the target of her post as she was questioned about the possibility in the comments section of her now-deleted message.

“Oooo is she referring to Heather??? Tune into Bravo to find out lol,” someone wrote.

Another person asked, “Are you insinuating Heather was violent? Please no cryptic, convoluted posts. We don’t know you like that.” 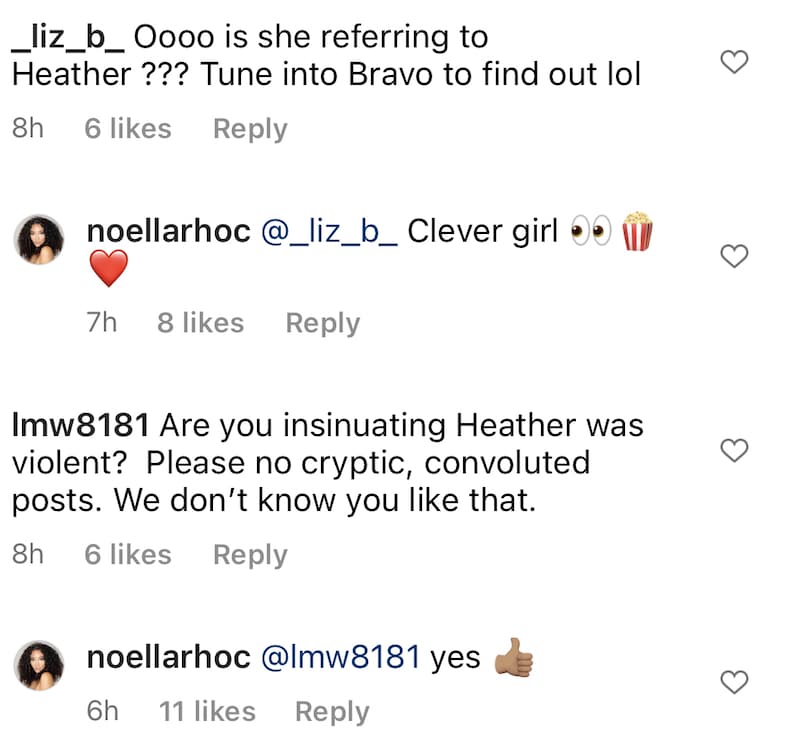 Also on Instagram, Noella responded to Heather saying they’d likely never be friends in a Story.

“Agreed. Because you’re not looking for friends and I will never be your minion,” Noella wrote. 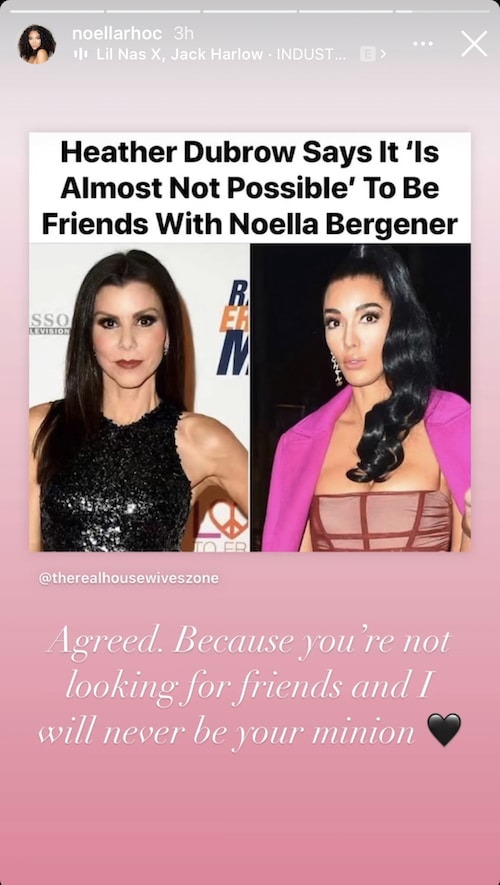 RHOC Live Viewing – This is also the live viewing thread for tonight’s new episode of The Real Housewives of Orange County season 16, which airs at 9/8c on Bravo.