Naturi Naughton is a newlywed! The Power actress married Xavier “Two” Lewis in a star-studded ceremony, which included La La Anthony as a bridesmaid. Naturi’s daughter, Zuri, also participated in the wedding ceremony.

“Two is literally the man of my dreams,” Naughton shared during an exclusive interview with Brides. “I think he is God’s way of showing me that I can find love again,” Naturi added. “Being a single mom, I didn’t think I would have this moment. The fact that I found him is pretty amazing.”

Naturi and Xavier’s Atlanta wedding began with ‘Ciara’s Prayer,’ which played for guests prior to the ceremony’s start. “I want people to know that is a prayer that I literally had for God to heal my heart and for a man to love me and my daughter,” Naughton told Brides. The couple danced down the aisle to the tune of ‘Love in Nwatiti,’ and the good times rolled from there. 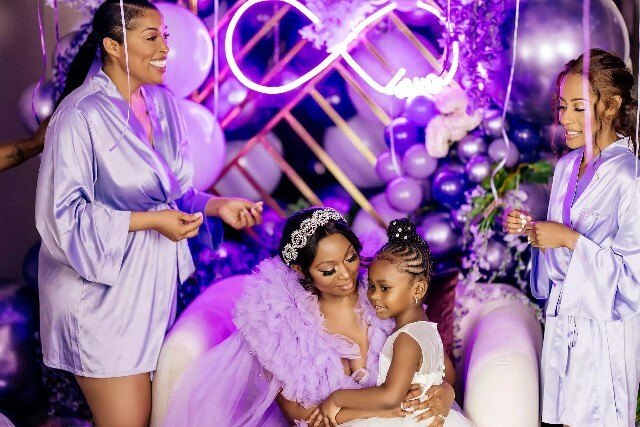 “I was so happy to be a part of @naturi4real & @twolewis_ beautiful wedding this weekend,” La La Anthony wrote online after Naturi and Xavier’s wedding. “Being a bridesmaid is LIT,” Anthony continued. “I can get used to this,” the actress added. “We celebrated their love and had the best night! Nonstop laughs and drinks. “Love these two and wishing them a lifetime of happiness.” 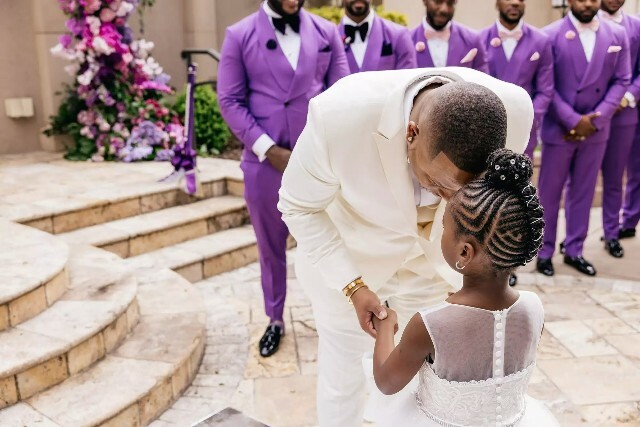 Naturi Naughton was introduced to Xavier Lewis by her on-screen husband, Omari Hardwick. “We really just hit it off immediately,” Naturi told Brides. “It was almost like I met someone that was like a best friend,” the Power star explained. “It wasn’t instantly romantic,” Naughton admitted. “We were just getting to know each other as people.”

The romance ultimately came. “Two actually asked me to be his girlfriend by way of a billboard in Times Square,” Naturi Naughton said of her husband’s calculated request to go steady. “I looked up and it said, ‘Naturi, will you be my girlfriend?’ I was in awe,” the actress shared. “Every step of the way, he had a plan. That’s what I love about him.” 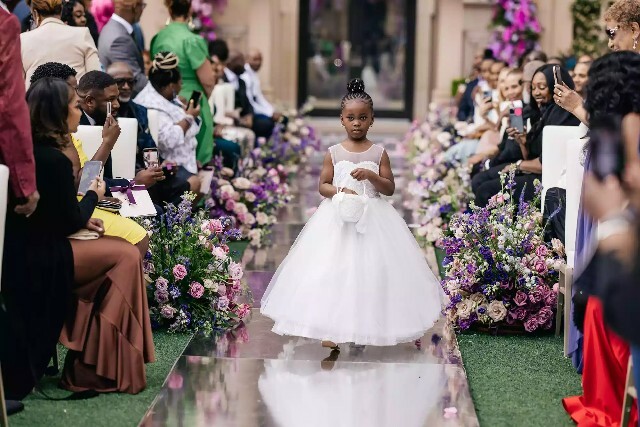 Montell Jordan, who is both a singer and pastor, officiated Naturi Naughton and Xavier Lewis’ wedding. Jordan and his wife, Kristin, also counseled Naturi and Xavier before they took the big leap.