It looks like Lil Baby pissed off his fans, so much so that it caused a riot!

Lil Baby unintentionally caused a riot at Vancouver’s Breakout Festival in Canada after he announced that he was canceling his set last minute. 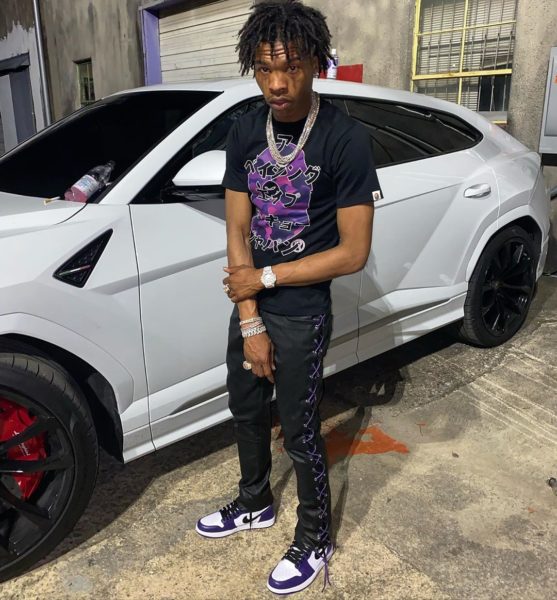 Lil Baby was the headliner for Sunday’s show while fellow rappers Polo G, Cordae, Coi Leray, Babyface Ray, and others performed earlier in the day. The festival was promoted heavily with the ‘Drip Too Hard’ rapper being a big draw. 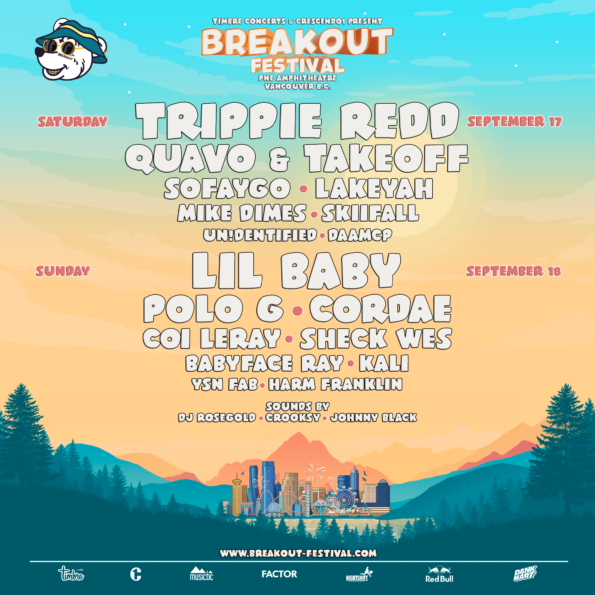 Following the madness, Lil Baby took to his social media on Monday (Sept. 19) and issued a heartfelt apology to the concertgoers noting that he overworked himself and that his body shut down. He also promised he would make it up to them. The rapper wrote:

“I would like to start off by saying I truly apologize Vancouver, Canada , The Breakout Festival, and To Everyone who was in attendance! I have been going so hard these past few months without any breaks that it finally caught up with me. And My Body Completely Shut Down I owe you guys big time and will for sure make up for it soon.” 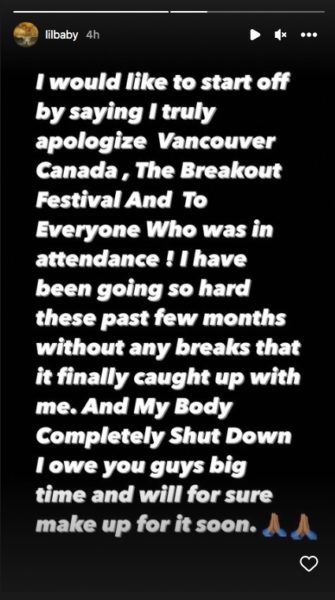 Hopefully, Lil Baby will get enough rest and gain some strength in the next few days as the rapper is set to receive the Quincy Jones Humanitarian Award at the second annual Music in Action Awards Gala, hosted by the Black Music Action Coalition (BMAC). As previously reported, the ceremony is set to take place at the Beverly Hilton in California on Thursday, Sept. 22. According to the BMAC, this prestigious award celebrates

“artists, executives, businesses, entrepreneurs, activists, and companies that have utilized their platforms to effect social change over the past year.”

The 27-year-old rapper is being honored for his work to help improve his hometown of Atlanta. As previously reported, Lil Baby held his third annual “Back to School Fest” at Atlanta’s West End Mall on Aug. 7. During the event, the “Yes Indeed” rapper and his team provided 3,000 local children with music, games, carnival rides, food, backpacks, school supplies, and haircuts.

Hundreds of families lined up to attend Lil Baby’s Back-to-School Fest in Atlanta, where the rapper provided free shoes and clothing from Foot Locker for every child in attendance https://t.co/D4wcVstNEj

Over the summer he also joined forces with prominent business owner Lemont Bradley to give out 100 jobs to people under the age of 21 throughout Atlanta. In addition to that, he established the $150,000 “My Turn” scholarship program for students at his former high school.

What are your thoughts on this entire situation? Tell us in the comments below!