THE BROOKLYN NETS won their regular-season finale on Sunday and secured the best seed in the National Basketball Association (NBA) Eastern Conference play-in tournament this week.

The Nets finished the season 44-38 after fending off the Indiana Pacers, 134-126. As the No. 7 seed in the East, they will host the No. 8 Cleveland Cavaliers on Tuesday evening to begin the play-in tournament. 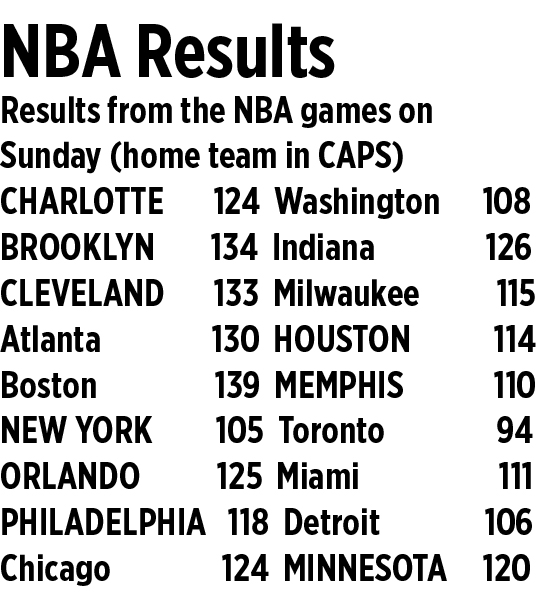 The Atlanta Hawks and Charlotte Hornets both won their regular-season finales on Sunday to cement themselves as the Nos. 9 and 10, respectively, in the East. The Hawks (43-39) will host the Hornets (43-39) on Wednesday evening.

The winner of Brooklyn-Cleveland will advance to the playoffs and face the second seed (either Milwaukee or Boston) in the first round. The loser will host the winner of Atlanta-Charlotte on Friday to determine who draws the top-seeded Miami Heat in the opening round.

Brooklyn had an identical record to Cleveland after the Cavs beat Milwaukee on Sunday. But the Nets earned home-court advantage for Tuesday by virtue of winning the regular-season series, made possible by their 118-107 win over the Cavs on Friday.

The play-in finals for both conferences are set for a Friday night doubleheader. — Reuters