Christian, who was born Tobechukwu Obumseli, 27, had moved to Miami and was living with Tailor in an apartment at One Paraiso when he was stabbed during an argument on Sunday, April 3. 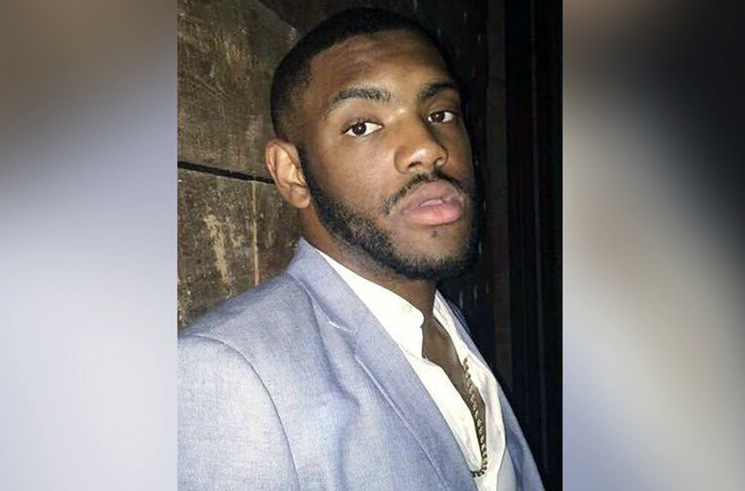 Christian was transported to a hospital where he later died. Courtney, who was covered in blood, was questioned by police at the scene and later released. Her attorney said she acted in self-defense.

Jeffrey Obumseli took to Instagram to plead with Black women to forgive his brother for disrespecting them in old tweets when he was in high school.

Jeffrey asked Black women to take the focus off of Toby’s old tweets and on to Courtney, a privileged rich woman who was not arrested for murder.

Jeffrey is also upset over a viral video that shows Courtney drinking at a bar in a luxury hotel in Miami just days after she fatally stabbed Toby.

Tailor was confronted by an angry women in the hotel lobby who told her “Yeah, you should go… ‘Cause you just killed your boyfriend. Yeah, you did.”

Not this fool @CourtneyTailor being out at a bar in Miami like she didn’t just kill @TobyObumseli a few days ago… but I thought you were mentally unstable & suicidal? it’s the audacity for me. pic.twitter.com/ezQr4YS5lB

In a lengthy Instagram post, Jeffrey wrote: “As a family, we strongly disagree with the ignorant and repulsive tweets from my then-high school aged brother that have recently surfaced. However, the tweets do not diminish our demand for a thorough investigation into Toby’s murder or negate the necessity for justice.”

He went on to say that Tailor “brutally and senselessly killed” his brother, and she has not shown “an ounce of remorse” for his death.

“We’ve seen videos of Courtney kissing her dogs while covered in what we believe to be my brother’s blood and casually getting drinks at a hotel bar days later while my brother lays in the morgue,” Jeffrey wrote.

“The bottom line is inextricably clear: Courtney is being treated differently because of her privilege as a wealthy white woman.”