Fans were under the impression that she was attending the 2022 Grammy Awards. When they realized that the New York rapstress was a no-show, they voiced their frustrations via Twitter.

Some tweets even mentioned Cardi’s children, to which she responded with threats. 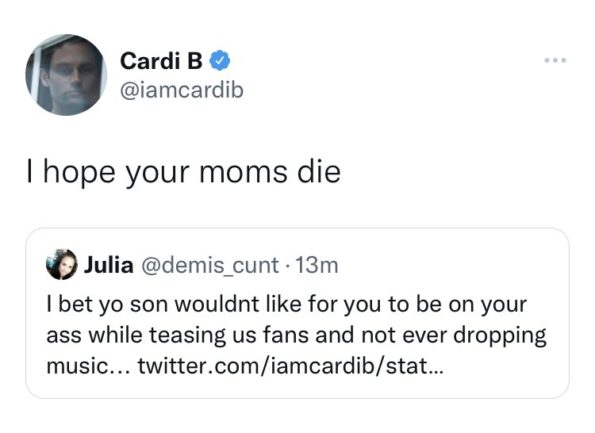 Eventually, she addressed her entire fan base.

“I’m deleting my twitter but On God I hate this f—in dumb— fan base.You got the slow dumb—es dragging my kids all cause y’all though I was going to the Grammys and I didn’t the f— ? When the f— I hinted I was going ? just f—in stupid I can’t I needs to protect myself.” 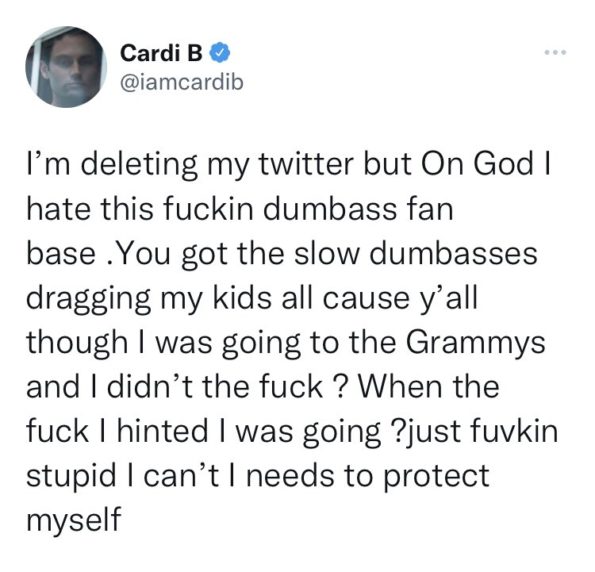 She also posted an Instagram story about the fiasco:

“On God, I be wishing I could catch y’all so I could kill y’all with my own f*cking hands. I don’t f*cking play that sh*t. And this all trickled down from motherf*ckers talking shit because I didn’t attend that sh*t. And y’all want me to take it back? I’m not taking not taking nothing back. Suck my d*ck, f*ck outta here!”

“Why would I go to the awards for? Do I have any new music? Why would I show up with one nomination?”

Cardi B says she wishes she could could catch some of her fans with her own hands. ? pic.twitter.com/BupsBMPt4H 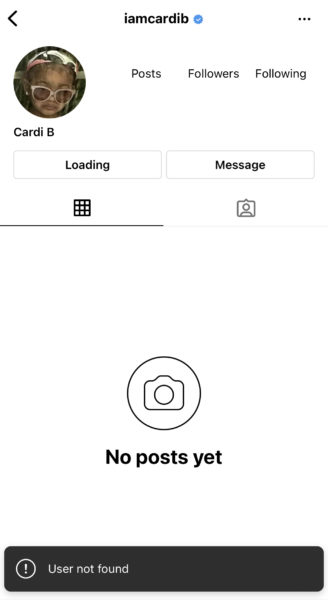 Do you think Cardi B will return to social media? Leave us a comment and let us know!