Below Deck’s Rhylee Gerber Gets Implants Removed After They Started Leaking!!

Below Deck star, Rhylee Gerber, is getting her implants removed after one of them began leaking toxins into her body. Rhylee, 37, took fans with her as she went to get an operation after suffering sharp pains and bloating because of her implants. On August 22, the Below Deck star told fans on her Instagram that she would undergo an operation. Gerber shared with her followers her first consultation with Dr. David Rankin, where they spoke about getting her implants removed. Rhylee said, “I’m so ready to start feeling 100 percent. I don’t even remember what 100 percent feels like anymore.” Gerber opened up to fans on the day of her surgery. “I am tired of the inflammation. I am tired of the random, sharp pains … and I’m tired of bloating for no f— reason.” At the time, Gerber informed fans that one of Dr.David’s liaisons, Dee Hicks, would be the one to take photos and videos of the procedure.

In another Instagram Story, the reality star said that she was wearing breast-shaped earrings because “We’re removing boobs yet adding them at the same time.” Rhylee Gerber also shared videos of herself getting prepped for surgery. The procedure went well and after a while, Rhylee was posting from her hotel room. 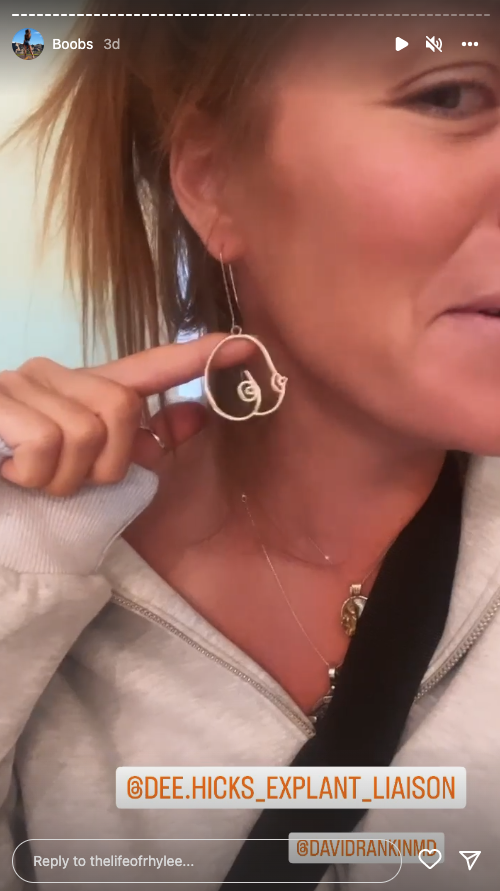 The Below Deck star held up one of the breast implants she was allowed to take home since the other one had completely ruptured. “But here it is, folks. One from my left side … This other implant was just completely ruptured and leaking into my right breast capsule, which is probably why I felt a lot of nastiness.” 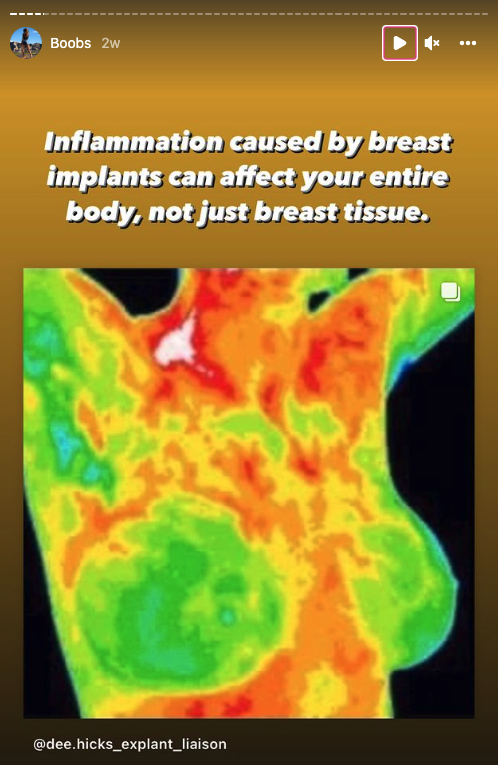 Gerber told fans that it was possible her implant had ruptured last year as she shared photos and videos of the doctors performing the surgery. She also provided further details. “Scar tissue to the top left and right aided in keeping the toxins from spreading too quickly, possibly helping to save my body from further damage,” she wrote.

A day after the procedure, Rhylee shared with fans that she was experiencing some side effects from the procedure. She said she was having “lots of swelling, bloating and back pain,” as well as “constipation from anesthesia and nerve blocker.” The Below Deck star said she has fish oil to help her scars heal faster and she is relieved that the implant is out. “So glad the ruptured silicone implant is out. I had no idea it was ruptured but realize that’s likely why I had all the [sharp] pains,” Rhylee wrote.