R&B singer Ari Lennox, 31, took to Twitter on Wednesday (Apr.13) to address the negative comments she’s been receiving on social media. She started off her series of tweets by addressing the mean comments people have said about her looks. In a now-deleted tweet, Ari Lennox wrote,

“Black twitter has been calling me ugly for years. It don’t hurt like it once did. I recognize beauty standards vary and lots of self hate and oppression can play a big part in that. To my new troll fans, theres not much more you can say.” 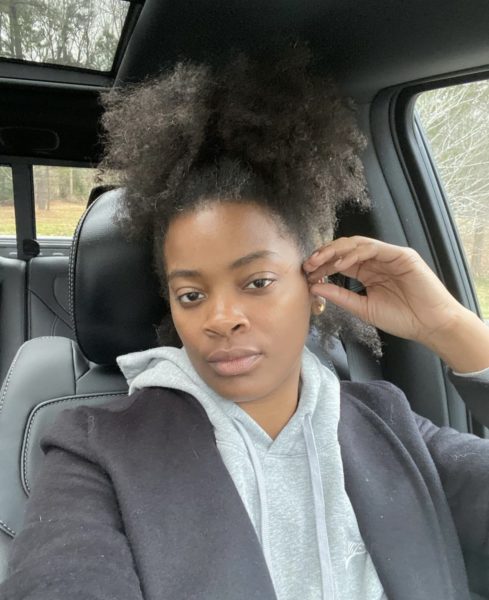 “These trolls are relentless. 4 months straight they won’t stop bothering me. To all my beautiful supporters in South Africa I love you dearly. To these weird obsessed evil individuals I pray you get therapy for your obsession of me.”

The “Pressure” singer later deleted her tweets but added another message for her haters. She tweeted,

“F this. Some folks will choose to remain stupid. I hope everyone has a beautiful day.” 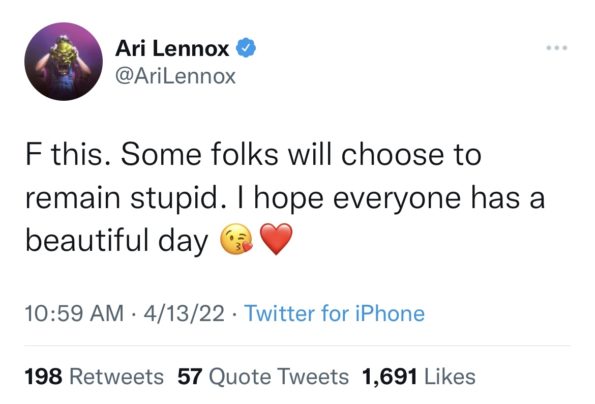 When a fan shared that they wish Ari Lennox did not delete her previous tweets, the singer replied, 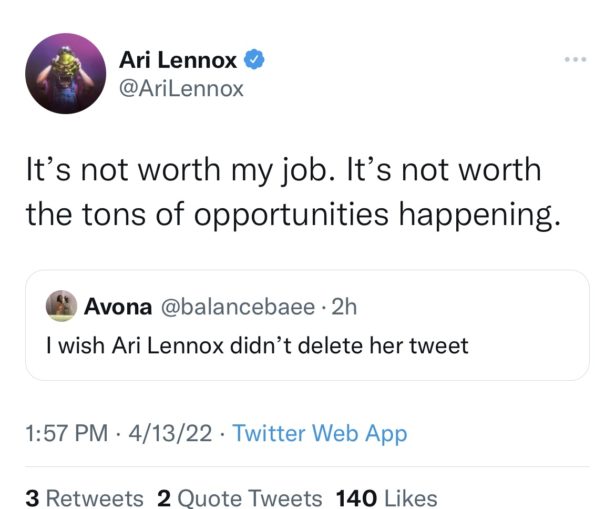 This isn’t the first time Ari Lennox has spoken out about the negative side of social media. Back in January, the “Up Late” singer said social media is “traumatizing.” She wrote,

“sm [social media] is a traumatizing unhealthy place. You are only accepted here if your perfect and seemingly happy at all times. When every single life knows that’s not realistic. People cry, people complain, people are mad in real life. I just never cared to be a fake *ss b*tch.” 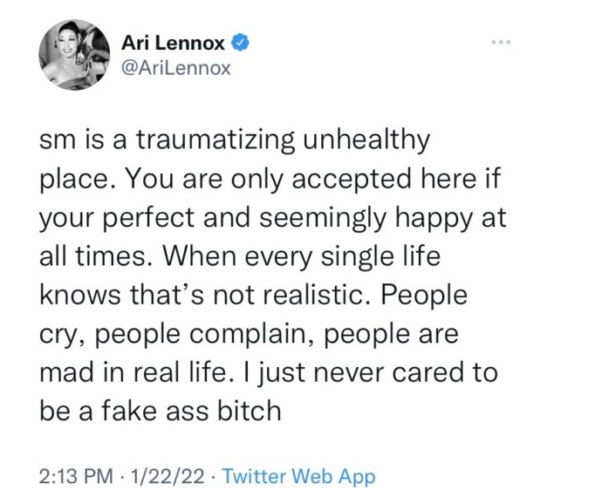 What are your thoughts on Ari Lennox’s remarks? Let us know in the comments below!