It’s officially Spring in the northern hemisphere, and with it comes the energy of new beginnings. As the flowers begin to bloom and nature awakens from her slumber, the fourth month of the year is charged with excitement for what is to come. What’s more, on the fourth day of this fourth month, we get a taste of the magic of 4. This 444 meaning and angel number energy isn’t something you’ll want to miss out on. Read on for more on the magic of the number 4.

In numerology, the number 4 represents productivity, guidance and progress, and has been honored in many spiritual traditions. In many belief systems, the number 4 is a reminder to honor your intuition and own internal guidance. It also is a reminder of life’s sequences, as many events or occurrences come in fours; the seasons, the suits of cards (tarot and playing), the elements, the four basic functions of mathematics, the four physical states (and even the Beatles).

You’ll notice that generally when we see a series of four, they tend to represent some sort of progression or evolution. With the seasons, we see life begin, thrive, fall and end, only to start anew and repeat. There is an energy of transformation, an energy of change, and most importantly —an energy of some sort of intelligence driving towards its highest being. 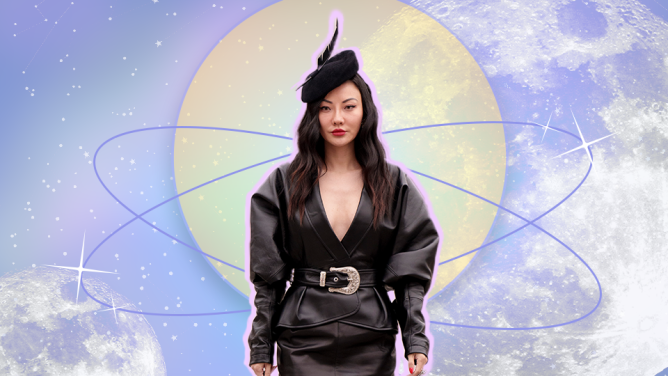 RELATED: Your Life Path Number Reveals The Best (& The Worst) About You

You are no different. Our lives mimic these recurring cycles in so many ways, constantly helping us uncover new magic within ourselves through this process of transformation. As the seasons do, we also go through new beginnings, fruition, pause and endings. There is also a grander force at play, guiding and supporting us through these stages in life. No other number symbolizes this better than the number 4.

When seeing the number 4 in sequence, as we will on 4/4 or anytime you see 444 in your life, its power becomes especially potent. If you notice the angel numbers 44 or 444, it’s a gentle reminder that you are in the midst of transformation, transformation that is being guided by a divine energy to help you reach your grandest potential.

Often it is said that when you see 4 repeated in your life, you must stop and take notice. It is time for you to tap into your intuition and dig in deeper to whatever is happening in your life. For that moment is special and if honored, will only help you get so much closer to the dreams and visions you imagine for yourself.

Just think, Jay Z wrote 4:44 one night when he woke up at 4:44 a.m. It is arguably one of the greatest songs he’s ever written. So next time you see 444, what will you write, what inspiration is the universe delivering to you and how will you share your magic with the world?